Black History Month at Brescia University College recognizes historic and current racial inequality and aims to celebrate Black culture, history and individuals at the University and beyond – from today, yesterday and tomorrow.

Each year, during the month of February, learn more about Black history and culture through engaging storytelling, incredible food, dynamic video content and inspiring guest speakers.

February and Forever: Celebrating Black History today and every day.

Viola Desmond (1914-1965)
OpenClose
Viola Desmond is a Canadian hero. She is known across the country for challenging racial segregation at a movie theatre by refusing to leave a “whites-only” area. This specific case was an inspiration for the pursuit of racial equality across Canada, and helped to spark the modern civil rights movement in Canada. Today, she is the first Canadian woman to be feature on a Canadian banknote – the $10 bill.
Rosemary Brown (1930-2003)
OpenClose
Rosemary Brown is the first Black woman to be elected to a Canadian provincial legislature. Her political career focused on advocating for Canadian minorities, and changing the legislature to ensure that the government upheld their promise to prioritize equality. She was the first Black woman to run for the leadership of a Canadian federal party, and became an inspiration for young Black women pursuing political leadership.
Jean Augustine (1937-Present)
OpenClose 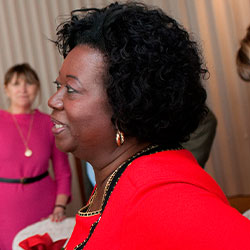 Jean Augustine is a Grenadian Canadian activist and politician. She was the first Black Canadian woman elected to the Parliament of Canada, and was solely responsible for championing legislation to recognize February as Black History Month in Canada, with a unanimous vote of 305–0. This statement allowed Canadians to honour their Black history during the same time that Americans had for generations. She was also the first Black Canadian to occupy the Speaker's Chair in the Canadian House of Commons. 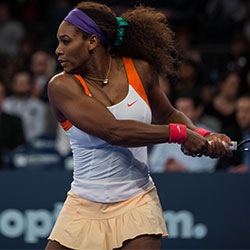 Serena Williams is an American professional tennis player and former world number 1 in women's single tennis. She is known for her determination, athleticism and shattering every glass ceiling put in her way. She revolutionized women's tennis, winning more Grand Slam singles titles than any other woman or man during the Open Era. 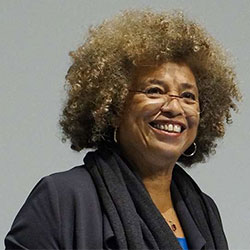 Angela Davis is an American human rights activist, scholar and author. She became involved with the prison abolition movement – individuals and groups seeking to reduce the prison system, and replace them with places of rehabilitation – after being accused of complicity in a murder. She spent 16 months in jail, where she gained a new understanding and a passion for bringing awareness to the terrible conditions that prisoners face in the American prison system. She was eventually acquitted of all charges by an all-white jury and publicized how the system itself was oppressive. 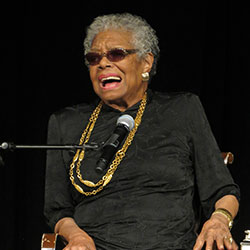 Maya Angelou was an American poet and civil rights activist. Her work encompassed writing about her experiences as a Black woman in America, which has earned her dozens of awards and more than 50 honorary degrees. Angelou was San Francisco’s first female African American cable car conductor, and one of the first African American female members in the Directors Guild of America. Today, she is a role model for young Black women, and women everywhere, who are pursuing a career in the arts. 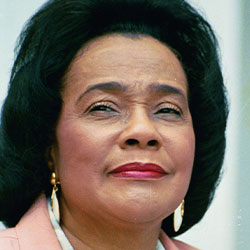 Coretta Scott King was an American author and civil rights leader. She incorporated music into her civil rights work and created her own legacy in the movement to end injustice, where she openly criticized the movement’s exclusion of women. When her husband, Dr. Martin Luther King Jr., was assassinated on April 4th, 1968, she continued to support several issues – marching in a labor strike only days after his funeral.

Alice Walker (1944-Present)
OpenClose
Alice Walker is an American writer, whose work is known for her insightful treatment of African American culture. Her work encompasses the coming of age of several civil rights workers in the 1960s, the sexist violence and abuse in the African American community and self-realization of an African American woman. She is an inspiration for young Black women to use the arts to share their experiences.
©