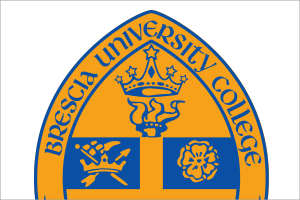 Designed and introduced to our community in 1924, the crest features the Latin phrase “Fides et Veritas”, which translates to “Faith and Truth”. This passage represents the University’s hope that its students will find clarity and wisdom through their education in an atmosphere of living faith.

The crest features a central dividing cross, which separates the crest into four discernible quadrants. The cross symbolizes the Torch of Faith and Knowledge, and represents the path to the possession of heavenly rewards – symbolized by the crown and stars. The four quadrants are comprised of the following: 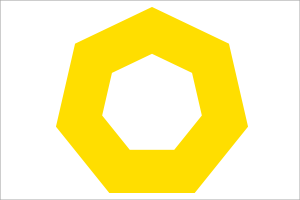 The heptagon was included in Brescia’s graphic elements in 2017. Its seven sides represent the original seven students in Brescia’s first graduating class.