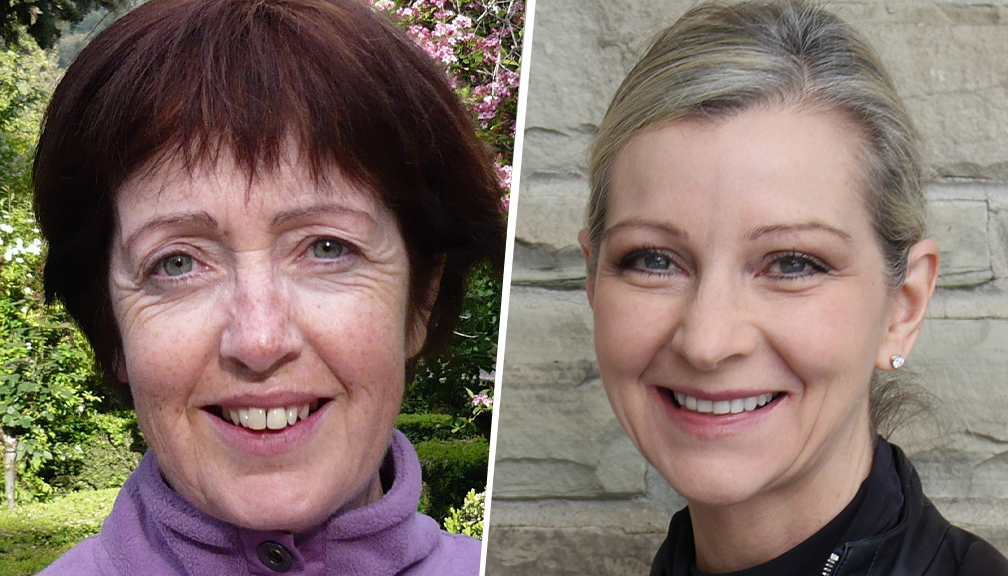 Starting June 3rd, 2021, 56 academic and practitioner scholars and doctoral students with expertise in the areas of women and leadership scholarship will virtually gather together for the second International Leadership Association’s Advancing Research in Women and Leadership Academic Colloquium. After successfully completing a rigorous application process, attendees of the three-day colloquium will be placed in one of eight new research teams. These dedicated teams will then come together in the spirit of collective inquiry, to advance the scholarship in the field of women and leadership. The event will also feature four inspiring keynote speakers, including Dr. Candace Brunette-Debassige, Western University’s Special Advisor to the Provost (Indigenous Initiatives).

Brescia Chair, School of Leadership and Social Change, Dr. Marlene Janzen Le Ber (MJLB) in partnership with Dr. Rita Gardiner (RG), Assistant Professor Critical Policy, Equity and Leadership Studies, Faculty of Education at Western University, serve as Co-Chairs for this distinctive event, which draws attendees across the globe who are committed to creating new knowledge in the field and implementing innovative leadership research initiatives. The theme “From Intent to Action” challenges these newly-formed research teams to conduct relevant research that is actionable.

1. Tell us why you chose to Co-Chair the Advancing Research in Women and Leadership Academic Colloquium? What is its importance?

MJLB: In 2014, I attended the inaugural Colloquium, and had my first contact with an incredible scholarly community interested in advancing theories of women in leadership. Personally, my interest in the Colloquium pertained to my on-going research in leader identity development. At the conception of the Colloquium, I was placed in a group of seven like-minded women, with whom I have remained connected with both personally and academically. Since that original meeting in 2014, our group has collaborated to write several books and articles and presented at a variety of conferences. At many of these conferences, women would often approach us to ask how we came together as a research group, and voiced interest in also joining such a team. Clearly, there was something special about the Colloquium, and I knew I wanted to stay involved.

Pre-pandemic, the Colloquium was to be hosted on Brescia’s intimate campus, but due to safety reasons it has been taken online. In terms of co-chairing, I knew when taking on this event that I wanted a co-chair who was not only dedicated to women’s leadership, but who also was well-informed and connected to doctoral students. So, I asked Rita Gardiner at Western’s Faculty of Education, previously a Brescia staff member, who became the ideal partner for this event.

RG: Although Marlene and I come from different disciplines, our knowledge sets complement one another perfectly. For me, I completed my PhD on the topic of gender, authenticity and leadership after having worked at Brescia for 10 years in a senior leadership position. It has been enjoyable working on this event with Marlene, since we have complementary ways of doing things. We also both have a good sense of humor when leading these types of initiatives – which is necessary when dealing with the many challenges of running an event during COVID-19.

2. In your opinion, what do you think is the most significant barrier to women in leadership roles?

RG: The simple answer to this is that there isn’t just one. There are many barriers women face such as race, class, abilities and complex systems of structural injustices. I like to look at these issues from an intersectional perspective.

MJLB: As Rita said, there are many barriers women face. There are structural and systemic issues, which often come from unconscious bias and stereotypes about women and their many various other intersectional identities.

But there are also a number of individual factors, which cause barriers for women who have aspirations to formally lead. Personal and cultural factors tell women what’s acceptable behaviour and what’s not. For women, to be seen as an effective formal leader, they need to be seen as agentic, that is defined by masculine traits, such as being strong, decisive and authoritative. But, this is not enough. Women need to also be seen as communal and relational. They need to be both agentic and communal, and this double bind can be a difficult tightrope to negotiate.

If you look at factors relevant today, we are seeing women leaving the workforce in much greater numbers than men. And, why? Because there is a lack of adequate support for families who have children who are also at home and needing to be homeschooled during the pandemic. Unfortunately, our organizations and society do not support families and mothers who work outside of the home, and the ones who are relied upon to pick up the slack and thus impacted the most.

3. What advantages do women bring to leadership roles?

MJLB: The pandemic has really brought to light the true impact of women’s leadership – demonstrated perfectly through the political world. Our research (as well as others’) has shown that women-led countries have statistically lower death rates than countries led by men. But, what is even more remarkable is that in the second wave, the countries led by women faced a much lesser impact than in the first wave, whereas the countries led by men had much larger death rates comparatively to their country’s first wave. This suggests to me that women heads of government learned from the first wave, and were able to put new, effective strategies in place to lessen the next wave.

So that’s the question: looking at this example, what are women leaders doing that is different? This is where leadership character is relevant – my premise is that the leaders with the lowest COVID-19 death rates are equally strong in collaboration, humanity, humility, justice, courage, integrity, accountability, drive, temperance, transcendence and judgment. Crisis leadership requires leaders to be both competent in their decision-making and empathetic in their communication. Women in a senior government position have had to demonstrate precisely those abilities to be granted leadership to lead their countries.

RG: One of the things that interests me is looking at how leaders respond to words used and the concept of authenticity. Recently, my research has me looking at political leaders such as Angela Merkel and Boris Johnson to observe what they have said and – even more so – how they said it. When observing Chancellor Merkel, for example, when reacting to the pandemic, she uses her training as a scientist to provide facts-driven information whereas in his replies to the media, Prime Minister Johnson seems to waver in his opinions. To me, the strongest leaders show their authenticity by being consistent, which in this example is clearly not held by Johnson.

4. What woman inspires you and why?

RG: I am very inspired by Bonnie Henry. As the Provincial Health Officer for the Province of BC, I believe she has done some incredible things for her province throughout COVID-19. I actually wish she was helping us to advance health care here in Ontario! Bonnie Henry is someone who I admire because she is smart, a strong communicator, and stylish. Did you know that the Victoria-based international Shoe designer, John Fluevog actually designed a pair of shoes for her? They were so popular that they sold out in 24 hours!

MJLB: I find myself inspired by many women by observing their evolution of character. Let’s start with Dolly Parton. I originally dismissed Dolly Parton years back because I wasn’t a country music fan, I didn’t support her Barbie Doll appearance and I didn’t appreciate her image of selling sex. More recently, I have found myself impressed and even inspired by many traits that she has that aren’t as frequently talked about. Dolly is someone who has a wonderful ability to laugh at herself (which is not easy), puts her money where her mouth is (especially with Moderna, a COVID-19 vaccine) and is a strong supporter, mentor and sponsor of other women. She quietly addresses social injustices. I always thought she looked phony, but now find her leader development inspiring.

Another example would be Helen Reddy, who wrote “I am Woman.” She also evolved greatly throughout her career and life. To me, what’s inspiring is how these women have changed over time and their personal stories of how they got to where they are today. They both show that it is never too late to learn and grow as a person.

5. As women, what challenges have you notably encountered on the path to your current roles? How did you persevere?

RG: I believe that one thing that you have to learn as a leader is when to speak out and when to stay silent. Often times you only have one go at how you interact with a situation – you better make it meaningful.

MJLB: I have encountered a number of both implicit and explicit challenges throughout my career – structural and interpersonal aspects, overt and underlying sexism and socialized behaviour that was expected of me. These are all challenges that I have encountered. Also, like Rita said, speaking up has never been difficult for me, but learning when to just listen, or when to intervene has always been a challenge.

For me, resiliency is key. My resiliency comes from my identity as belonging to a family who overcame many hardships over centuries. Growing up as an immigrant in Canada also presented various personal challenges. Most importantly, my religious background is embedded in community, which gives me great strength and motivation. I strive for the best interests of my community, and this helps me persevere.

6. What is your leadership style?

MJLB: Truthfully, I don’t concern myself much about leadership style. For me, I am concerned about character. Style comes from a traditional, mainstream, white, male patriarchal point of view, but character really asks who you are as a person.

Leader character is not new:  Aristotle talked a lot about the importance of character. There are many dimensions that come together to form strength of character, such as: wisdom, justice, courage, compassion, drive, transcendence and transparency. Character asks, “What does the situation and people require?” and “How can I contribute to get us together to address the situation?”

RG: I am with Marlene on this point. Leadership should be about substance, not style. I think we are now at a place where we need to move away from simplistic ideas about leadership style, and encourage leaders to more fully embrace leadership of the heart and minds. That’s stylish leadership in my view.