The Brescia Centennial Portraiture, also referred to as the Brescia Centennial Story mural, is a community initiative and participatory arts process, designed to create an embodied representation of the past 100 years of Brescia's history through artistic expression. The mural celebrates women in community, education and leadership, through documenting and weaving together the individual and collective stories of members of the Brescia and London communities.

The participatory arts process is just as important as the final product. The process inspires social innovation and radical collaboration. Bringing together students, faculty, staff, board members, alumnae and neighbors, creates a collective sense of belonging and community through collaboration, where everyone’s story and contribution to the final piece matters.

The Brescia Centennial Portraiture invites everyone to pause, come together and make friends while creating art. This is by far the greatest reward of a participatory arts process – a reward that participants are reminded of once and again by meeting with the longstanding artwork, which will remain on Brescia’s walls into its bold next century.

Join Us for The Blessing of The Brescia Centennial Portraiture

On October 18, 2020, we hope you will join us on Facebook Live at 2:30 p.m. as we close Brescia’s Virtual Homecoming by officially welcoming and blessing our empowering Portraiture, which will proudly hang on Brescia’s wall into our next century.

R.S.V.P. is not required, but appreciated.

Melanie Schambach was born in 1981 in Colombia, raised in Colombia and Guatemala, and moved to the northern landscape in 2001. After completing a BFA in Visual Arts at Emily Carr University of Art and Design, Melanie continued training in facilitation and art therapy.

She has engaged more than 1,500 people in creating collective mobile murals, and facilitated more than 1000 workshops on creativity and empowerment to diverse populations. Committed to social inclusion and environmental consciousness, her work has built multi-stakeholder partnerships across the public sector, private sector, first nations, non-profit organizations and grassroots organizing – serving communities in Colombia, Guatemala, Brasil, Spain USA and Canada. 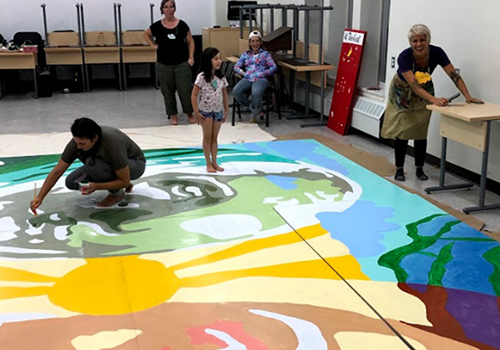 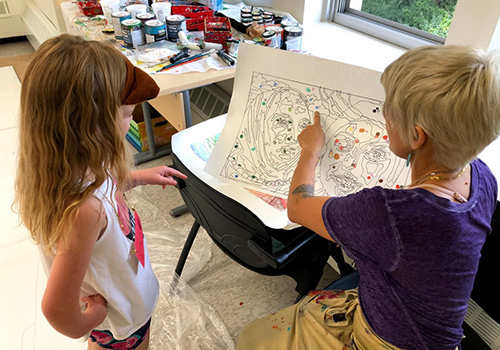 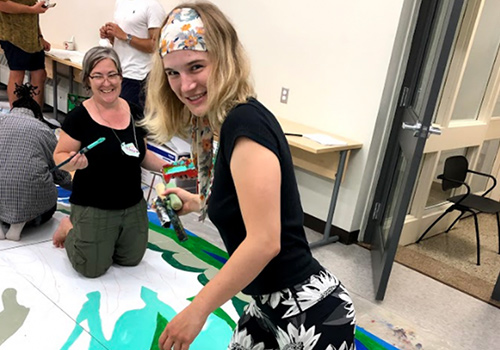 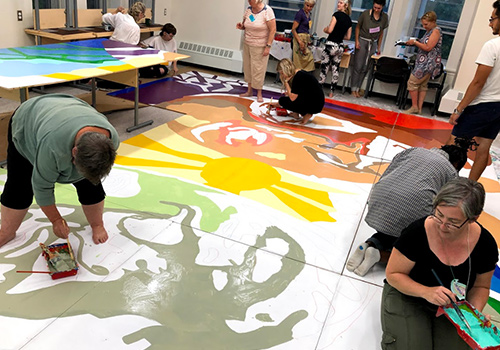